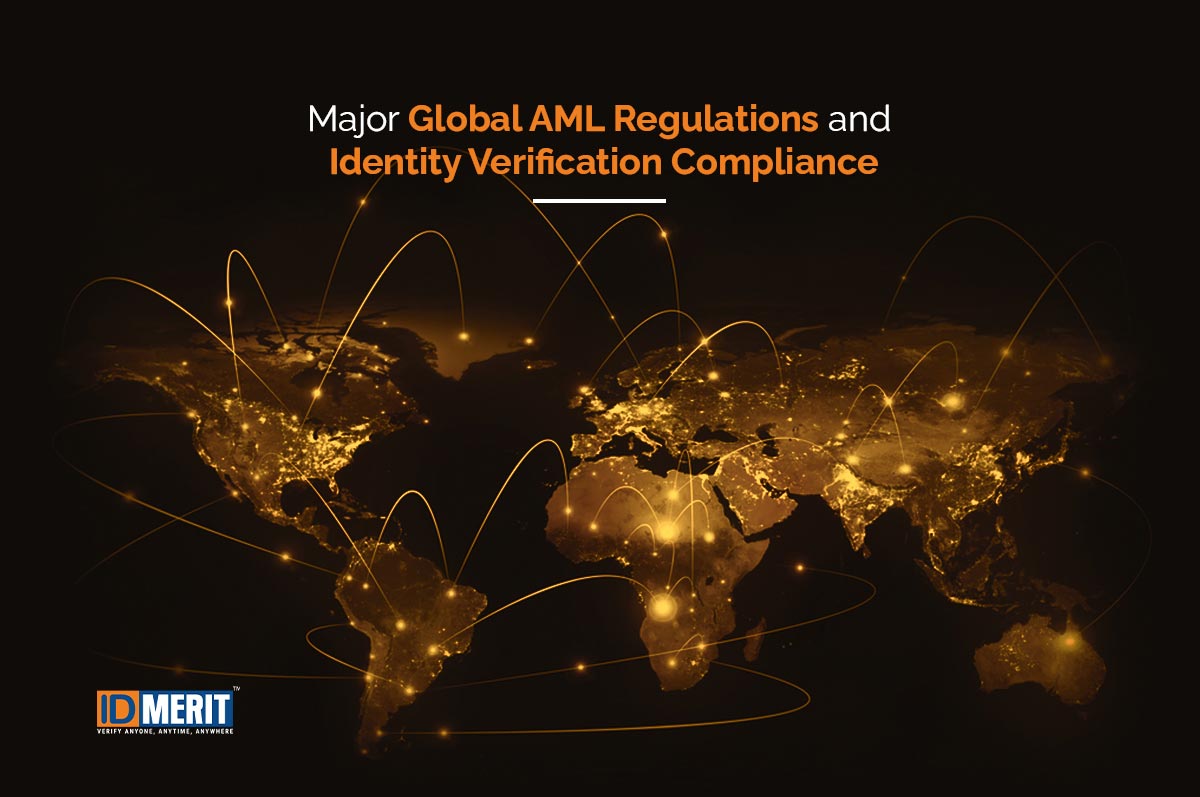 In the past two decades, the concepts like global AML regulations and identity verification compliance have begun to gain much attention, mostly in the wake of the 2001 United States terror attacks that brought in laws such as the US PATRIOT Act, making the identity verification of individuals and businesses compulsory as part of AML-CFT measures.

This article spotlights how international organizations like FATF, EU AMLD, and sanctions bodies like OFAC eventually became prominent with important overhauls in identity verification requirements for banks and regulated sectors to combat the growing nuisance of money laundering and terrorism financing.

Alongside verification of individuals and entities, FATF underscores the gravity of transaction monitoring and setting up Financial Intelligence Units (FIUs) by each FATF member nation. The financial and obligated institutions must monitor their customer transactions in real-time and submit Suspicious Activity Reports (SARs) and Suspicious Transaction Reports (STRs) to the state FIU for advanced scrutiny.

To combat the growing money laundering threats at the onset of virtual assets/cryptocurrencies, FATF has set forth Crypto Travel Rule to ensure the origins and movements of virtual currencies/tokens are monitored to combat money laundering predicate crimes linked to anonymous crypto transactions.

In the United States, the 1970 Bank Secrecy Act (BSA) forms the core of AML-KYC compliance; over the years, the BSA Act has evolved from time to time. The two most important thresholds for AML reporting under the BSA mandate are the Currency Transaction Report (CTR) and Suspicious Transaction Report (STR).

In the United States, the US PATRIOT Act 2001 mentions the state’s identity verification requirements, such as the Customer Identification Program (CIP), Customer Due Diligence (CDD), and Enhanced Due Diligence (EDD) for individuals and organizations.

The Bank Secrecy Act (BSA) authorities work with the Office of Foreign Assets and Control (OFAC) to impose various domestic and international sanctions on individuals, trade, and organizations. On the other hand, the Financial Crimes Enforcement Network (FinCEN) acts strategically with the U.S. AML authorities to disseminate BSA regulations.

The Financial Conduct Authority (FCA) is an important regulatory body that sets and examines the banking and financial sector’s AML compliance program in the U.K. The FCA works with Her Majesty’s Revenue and Customs (HMRC) to set AML-CFT standards for all the non-financial regulated sectors in the U.K.

The EU AMLDs and eIDAS Guidelines

The EU adopted eIDAS guidelines in 2014 to homogenize digital identification and electronic signature and to ease inter-European business processes. The electronic IDentification, Authentication and Trust Services (eIDAS) brings remote video identification compliance for digital reforms in the EU and establish the region as a ‘Digital Single Market’.

To learn more about international AML-CFT standards and your industry identity verification compliance, you may contact our IDMerit AML-KYC compliance officer. Thousands of businesses worldwide use IDMerit products and services; we ensure our clients always keep up with the global AML regulations and remain AML regulatory compliant with national and international standards.